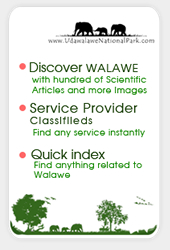 Memories Are Made of Gold

They say that the memories are made of Gold. But (it’s a big but) all the sweet remembrance of my last visit to Yala, with my wife Chandrani and son Sampath, along with a group of friends soon before christmas, year 2004, gives me a shocking treatment with a mix feeling of emotions which I am to unable to describe.

Just imagine how fortunate we were, to get the chance living in a Bunglow inside the most Frequented National Park, in the peak period of December. And to occupy the best holiday home of the Yala for three nights was an added bonus. Tiled floor, Attached bath, Solar power Frigde. The Scenic ocean frontage and the breeze blowing continuously from the Indian Ocean were adding value to the Palatupana Bunglow. And above all the Big Boss of Yala to be a friend of mine was like lcing the Christmas Cake.

Sunimal Tissera, Park Warden, classmate of mine at Thurstan College, with his devoted wife, Geetha, offered their best to keep us on the toes in every possible way, from the very beginning; we were roaming freely in every block of Yala, except S.N.R.

Wilapala wewa, Heen wewa, Katagamuwa wewa, Galamuna Anicut, Talaguruhela, Walasekema Rock, Udapattana Lewaya, Kumbukkan oya, and the picturesque location where Menik Ganga meets the sea, are worth mentioning. During the stay in the far distant land of Yala, away form the concrete jungle our group was fortunate enough to see almost all the denizens of Yala, except slot Bear. While Spotted Dear, Elephants, Wild pigs, Few leopards were pausing in front of our cameras, Pea cock, Jungle Foul, Painted Storks, Herons, Pelicans, Spoonbills were seen plenty and few Black Necked Storks at Butawa Kalapuwa. On the fourth day morning we were forced to say goodbye to Palatupana, our home away from home for 72 hrs, as another wild life enthusiatic group was taping at the door. Another lucky party I would say. In the morning of 26th December (Boxing Day)

Tsunami Tidal wave devastating, most of the Coastal Belt was a Shocking news. In Yala the Cruel waves had breach in the Peneplains of Palatupana, Unmercifully smashing and massacring whatever on its way. The luxurious Bunglow of Palatupana was shattered into pieces within on time, taking away the innocent lives of the occupants including the Caretaker and his assistant. Later we got to know that it was the same couple who were attending our needs affectionately during our stay.

One year past since then, but the Grief and Pain deep within us, will never Grow Old as they blow with the Sea Breeze.